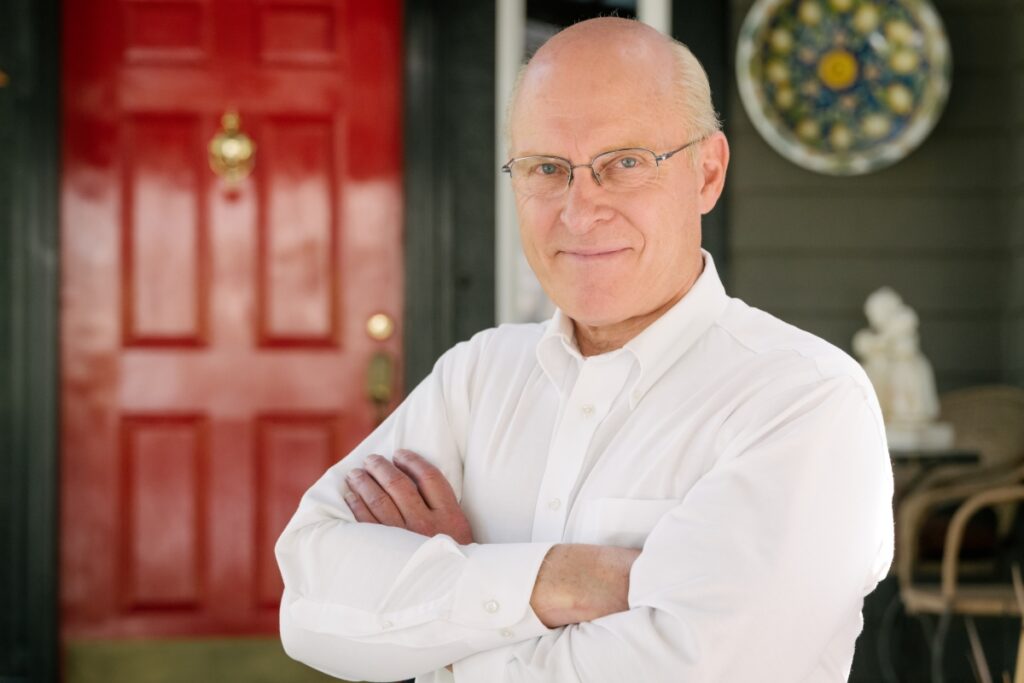 A decorated U.S. military leader and small business owner, Mark Shull has deep roots in Oregon. Multiple generations of his family have called our beautiful state home for over 50 years.

Mark is a graduate of Sam Barlow High School and Oregon State University, where he studied urban planning and architecture. He put himself through college working as a logger and choker setter at Columbia Helicopters.

After earning his bachelor’s degree at OSU, Mark began his 25-year military career when commissioned in the U.S. Marine Corps, later serving in the US Army and Army National Guard. Mark served in various military occupational fields to include field artillery, operations and supply chain management. His military service coincided with our greatest national tragedy, as Mark was at the Pentagon during the September 11, 2001 attacks.

Two years later, he was deployed to Iraq for a tour of duty, earning a Bronze Star for his stellar performance of duty. He retired from active duty in 2010, having achieved the rank of Lieutenant Colonel.

In civilian life Mark has experience as former president of Shull Design and Development, helping local residents build their dream homes by specializing in custom residential projects. He has two adult sons, Matthew and Morgan, who both live in Oregon.

Mark has become increasingly concerned over the last few years about the direction of Clackamas County and feels that its residents’ quality of life has become compromised. He’s watched as commutes have gotten longer, roads have gone unrepaired, property taxes have gotten higher and housing has become less affordable. The county’s rural and suburban communities are starting to experience many of the same problems that have plagued larger cities in the state.

With decades of military leadership experience, a strong, longtime understanding of local issues and a diverse educational and professional background, Mark is uniquely qualified to get Clackamas County back on the right track towards a more prosperous future.