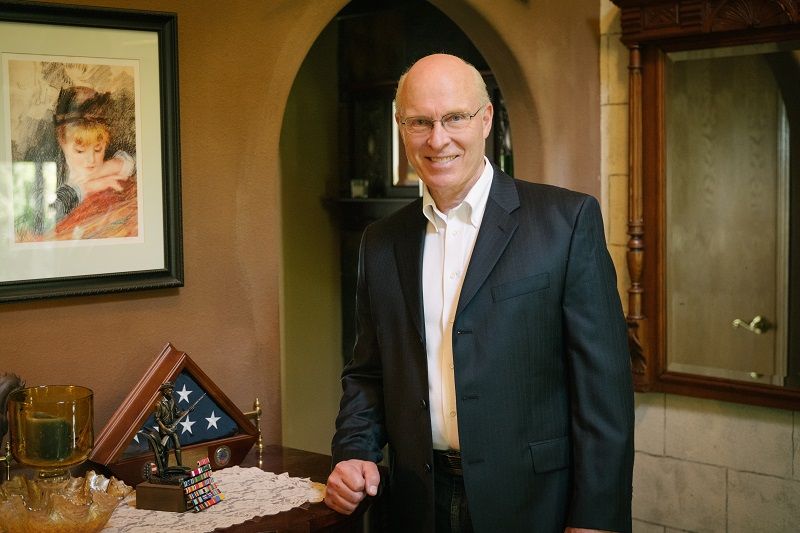 One of the biggest reasons I’m running for Clackamas County Commissioner is I feel a call to duty to continue into the next phase of my public service.

Much of my perspective on leadership was formed in the 25 total years that I spent serving in the military. Of those 25 years, 20 were active duty, with 12 in the U.S. Marine Corps (USMC) and the rest in the Army. I have also served in the National Guard and as a reserve.

During Operation Iraqi Freedom I was entrusted with the lives of the men I led in a combat zone that was fraught with danger every moment. It was a big responsibility by any measure. I always took my mission very seriously.

Being a veteran of that conflict taught me much about making high-pressure decisions in literal life-and-death situations. I am ready to put all that experience to use helping to get Clackamas County back on track.

As a Force Protection Officer in Iraq, I was faced with a very vexing problem. There were papyrus reeds growing high near the perimeter of our base and along all the main supply routes. The reeds were so high and dense that they provided a convenient place for insurgents to hide their weapons and shoot at our troops, resulting in near daily small arms, mortar and rocket attacks.

On the surface, the issue seemed simple enough; all we had to do was clear the reeds so we could better see the surrounding area from our guard towers and from convoys, but it raised the question of how to best go about doing it.

I came to the conclusion that we should pay local residents to do the work, as they were eager for employment. Taking this approach would solve the problem and could also be used as a way to help win hearts and minds, stimulate the local economy and get buy-in from local farmers and villagers.

Not everybody thought that was a good idea. I was warned about going beyond the gates to meet with locals, because it was dangerous. I knew what had to be done. Failure was not an option.

I assembled a crew of brave volunteers and drove Humvees through the surrounding countryside most every day meeting the farmers and villagers. Our efforts weren’t just limited to recruiting workers–I wanted our troops to see firsthand how the average Iraqi was living and what their issues and concerns were so that we could better understand them and learn how to work together.

We also made it a point to visit schools and hand out supplies and treats to the children in order to ease tensions. Everywhere we went we spread a message of friendship, cooperation and a shared destiny.

As we traveled the Iraqi terrain, I sought Iraqi civilians most in need of help and hired them. Once they completed their agreed upon project they were paid using an incentive-based system. The more papyrus reeds they cut, the more they got paid.

I’m proud to say that the plan was successful. The work got done and the reeds were cut down. Attacks on the base dropped dramatically as the spirit of trust and cooperation increased. It was the golden rule in practice.

As the word about the project got around among the locals, a tremendous sense of goodwill was created. Positive relationships and lasting friendships were built in the middle of a war zone. Our soldiers were safer as a result; the Iraqi workers and their families were prospering. The goals and objectives were met and exceeded.

I use this as an example to illustrate that the right leadership can move mountains and turn a bad situation into decisive, positive change. By using a constructive, collaborative approach, I was able to bring people together and help create a more peaceful condition in a dangerous, unpredictable war zone.

I left Iraq after having been awarded the Bronze Star. I retired from military service with the rank of Lieutenant Colonel. I have no regrets about those years of service.

Today we have our fair share of challenges here in Clackamas County. We also have great opportunities and I believe our best days are still ahead of us. With your vote, I would be honored to serve you as commissioner and lead us towards a better tomorrow.