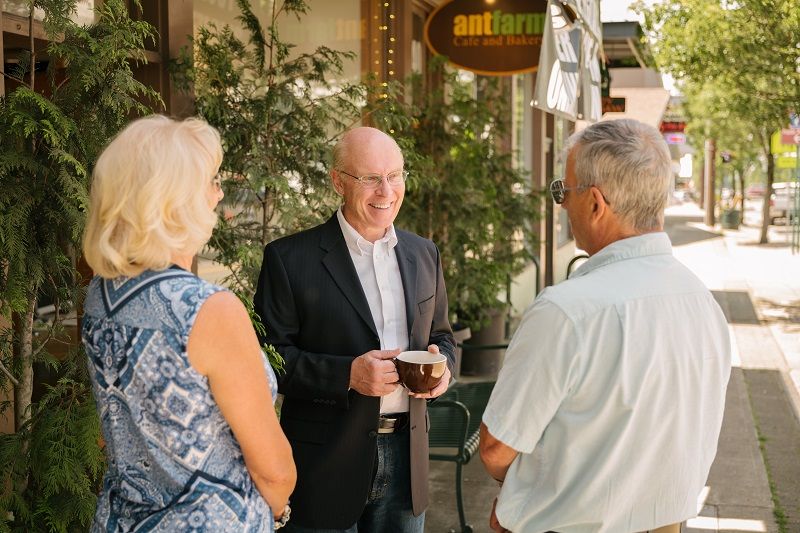 One of the main purposes of government is to provide services to all of the people within its jurisdiction. This is especially important at the local level, with city and county governments.

In the private sector, the production of goods and services is determined by customer demand. But far too often in the public sector, the services that are provided do not match up with the demands of the taxpayers who are funding them. Transportation is a good example of that.

The fact of the matter is, the vast majority of people use their private automobiles to get from here to there. They make their travels on public roads that they pay to maintain through gas taxes. The implied social contract involved is as clear as the demand—you pay at the pump so that the roads you drive can be maintained.

Unfortunately, that hasn’t been the case here in Clackamas County. The quality of our transportation system has been compromised for decades, and we all witness the adverse effects of that firsthand every time we get stuck in a traffic jam or hit a pothole in the road.

Despite the massive population growth that the Portland metropolitan area has seen, our region’s so-called leaders have been reluctant to add any road capacity. Instead, they’ve been content to spend billions of dollars on fixed route light rail systems that most residents don’t use and never will.

The thought all along has been that if there were enough public transportation options available, the average person will abandon their car and ride their bike, the bus or take light rail instead. There has been literally zero evidence ever produced to suggest that this is true.

One could easily argue that worsening traffic conditions throughout the county and region have proven those theories to be absolutely false. I would submit that it was inevitable because those in charge of these decisions have deliberately ignored the will of the people in the name of attempted social engineering.

They don’t want you to drive your car, so they want to make it more expensive and less convenient. Funds that should be going towards building new roads have instead been spent in other areas that don’t match up with the demands on the region’s transportation systems. The net result is that more people are stuck in worse traffic for longer. Meanwhile, nearly empty light rail cars pass by, at tremendous taxpayer subsidy, because they don’t general enough regular ridership to pay for themselves.

As Clackamas County Commissioner, I will prioritize projects that will reduce traffic congestion and improve the quality of roads so your commute isn’t any more onerous than it needs to be. Fixing potholes will take precedent over things like bike paths and multi-billion-dollar light rail boondoggles. I will put the needs of county residents ahead of the bureaucratic priorities of officials at Metro and the City of Portland and work to ensure that any transportation projects reflect the demands of the people who pay to fund their local governments.