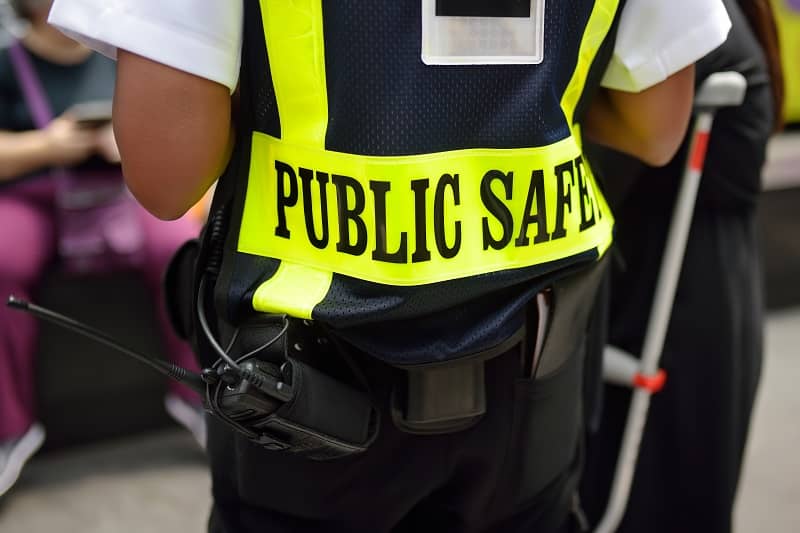 The concept of safety has been on my mind a lot lately, possibly because it seems in such short supply in nearby Portland.

Throughout my military career, one of my primary responsibilities was ensuring the safety of the men under my charge. That was particularly challenging at times, especially when we were in the middle of an active combat zone during the Iraq War and the safety of civilians also had to be considered.

Ensuring safety was a duty that I took seriously. I plan to take a similar approach to the well-being of county employees and residents as your next commissioner.

I’ve consistently maintained that public safety is one of government’s most important functions. Agencies at the local, state and federal levels should all strive to adopt policies that protect our law enforcement personnel as well as the public that they serve.

One policy that has gone a long way towards ensuring the safety of both police officers and criminal suspects is the use of body cameras. Footage obtained through them can give a clear and objective look at the circumstances surrounding any arrest or use of force.

The outgoing Clackamas County Sheriff had requested funding for this very important equipment. Current commissioner Ken Humberston voted against it. And while I’m sure he had his reasons, I wholeheartedly disagree with this vote and would support the implementation and use of body cameras by our local law enforcement personnel.

I’ve addressed Humberston and his fellow commissioners about safety related issues over the past few weeks.

On August 13, I cautioned them about the potential dangers or storing ammonium nitrate fertilizer. That combustible chemical combination lead to a terrible explosion in Roseburg in 1959. More recently, it was blamed for a massive explosion in Beirut, Lebanon.

I came back to address the commissioners one week later. This time, it was to express concerns about actions they’ve taken in the name of safety that have little to do with it.

The commissioners have voted to put a $40 million levy on the November ballot under the guise of children’s safety. It will, of course, be paid by county residents shelling out more in property taxes. On its face, this levy will make housing less affordable in the county than it already is. For as much as I hear politicians campaign on that issue, and citizens complain about it, I’m surprised that our county commissioners would do anything that could cause that problem to get even worse.

Everyone is worried about the economy right now, and rightly so. The ongoing COVID-19 epidemic has prompted much anxiety and uncertainty and lead to the government-forced closure of countless businesses. So why would we want to add another tax to the bottom line of businesses that are already struggling to stay afloat? How does this make Clackamas County attractive to any business looking to relocate here? The bottom line is that it does not.

Even more concerning is some of the information included in the staff report for the August 4 meeting in which the levy was discussed. It states that “we do not recommend limiting the recipients of these dollars to only those non-profits located in Clackamas County.” The staff report also says that “the plan does not clearly outline an oversight or administrative structure.”

I asked the commissioners, including Humberston, how the performance metrics are measured after county residents’ tax dollars go to these non-profits, how the use of public funds are audited, what real control the county holds over non-profits and how much of that money will go to the overhead and payroll of those non-profits. Much to my disappointment, they did not have good answers for any of those questions.

That exchange reminded me exactly why I decided to run for Clackamas County Commissioner.

There is much that can be done to enhance the safety of county employees and residents, like ensuring compliance with laws governing the transport and storage of combustible chemicals and giving our sheriff’s deputies the equipment they need to do their jobs. Instead, our commissioners are attempting to force us into raising property taxes yet again for a program that lacks clearly defined goals or accountability but is being pushed in the name of children’s safety.

This is yet another reminder of why I feel the county is on the wrong track. I plan to use my military and small business experience to focus on the safety of county residents and employees in meaningful ways, instead of using it as an excuse to raise their taxes to spend money irresponsibly.